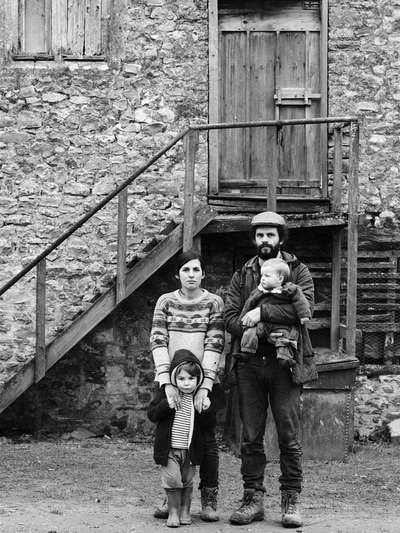 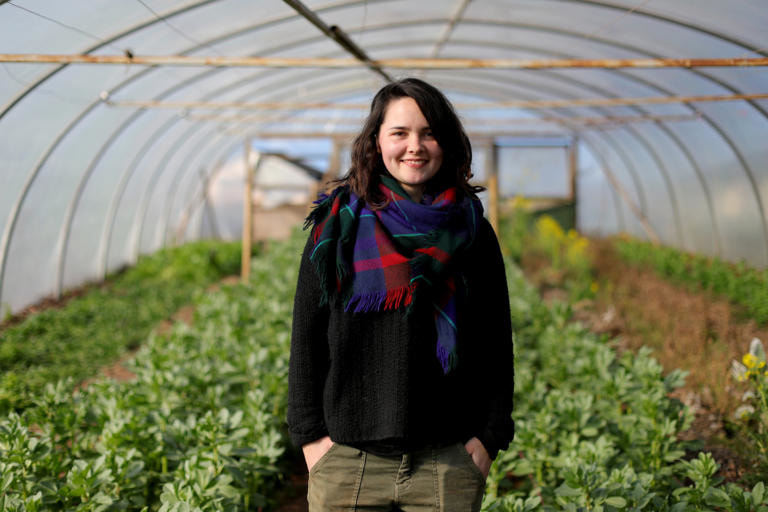 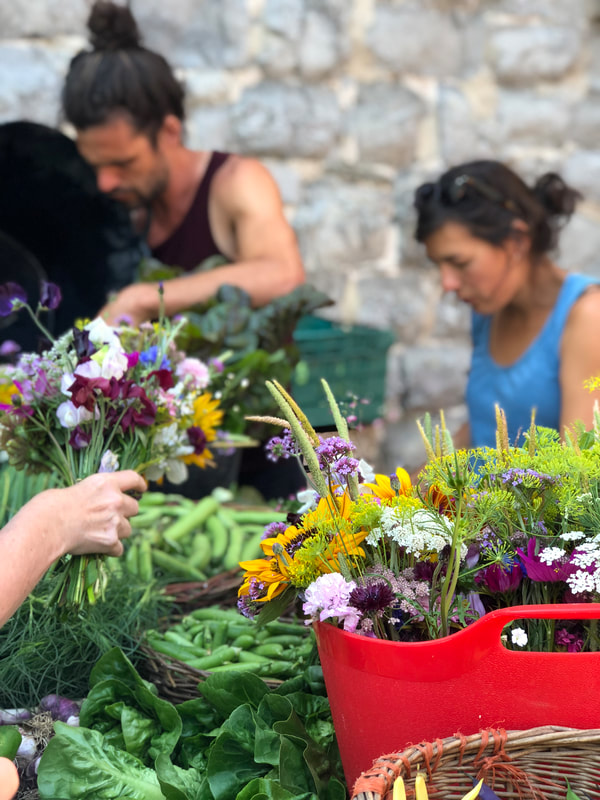 Ashley Wheeler and Kate Norman have been running Trill Farm Garden since 2010. In the first year their first son Digby was born, followed by Winstanley in 2014.

After being brought up on an organic council smallholding, Ashley studied horticulture at Reading University and pursued his interest in restoration of historical gardens for a couple of years, before finding Trill and returning to vegetable growing. They have always mainly sold to restaurants and cafes, but in 2020 their vegetable box delivery scheme started, delivery to Axminster, Lyme Regis and Seaton in Devon and Dorset.
​
The garden is about 2.5 acres and includes several large poly-tunnels which house tomatoes, beans, cucumbers, peppers and the like in the summer, and is used for salad growing through the winter. We harvest around three tonnes of salad a year, growing around 100 different varieties of leaf and flowers for the mix. We use traditional organic principles, and are proud to be certified with the Soil Association. We are always developing techniques of improving soil health and increasing the biodiversity within the garden.

Trill Farm is made up of a number of small independent enterprises, including Chris in the Old Dairy Kitchen, Tom from O'Hagan's Meadery, Ali Herbert Ceramics, Haye Farm who are running cattle and sheep on the farm and growing heritage grain on some of the land here and then there is the soap making workshop and herb garden, both of which are run by the farm.

We have more recently become particularly interested in saving seed. We now save seed from over 20 different varieties and grow a small amount commercially for the Real Seed Catalogue. Ellen Rignell, our Senior Grower and Seed Coordinator looks after all of the seed growing that we do (as well as doing huge amounts of other work with us including our detailed crop plans to make sure that we have what we want when we want and where we want!) Ellen makes sure what we do is more efficient, interesting and enjoyable! She also, along with Ashley runs some of the courses that we do in the garden.

From spring to autumn we have a great team of seasonal workers and trainees helping us with all the work in the market garden.

​We are founding members of The Landworkers' Alliance, LandBase and helped to setup the UK Seed Sovereignty Programme. 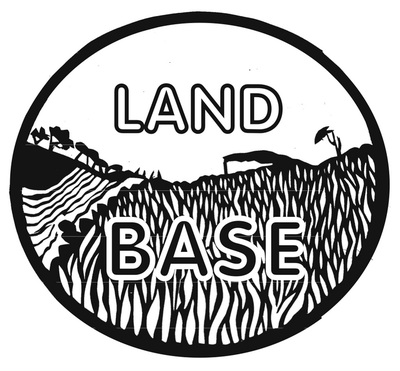